From the start, game intro seems very familiar with the Limbo: a quietly foreboding woodland and a young boy on the run. It’s a clear promise that those who appreciated the unique experience that Limbo offered can expect more of the same here. There’s more colors in this one. Well, more likely there is some where before there was none. Detailed environments convey the bizarre world full of dim woodlands, creepy factories, moody bunkers and underwater mysteries. Introspective moments are filled with minimalist sound effects and just the barest touches of mystical music. Sharper and unexpected laughs keeps whole gameplay tension too.

Inside craftsmanship of its puzzles and platforming challenges will make your jaw drop right after the first moments of action. The first threat is human beings in masks who drive lorries and carry torches, who might shoot little boy with a dart or send their dogs to savage him. There’s no mercy, so try to avoid straight contact with any living being and use push, pull and climb buttons to bypass barriers standing on your way. Using water to escape from a pack of dogs is how you learn you can swim. Sometimes, as in Limbo, you’ll only learn how to stay alive by first facing a horrible death, and when a scene resets, trying to not repeat that mistake again. 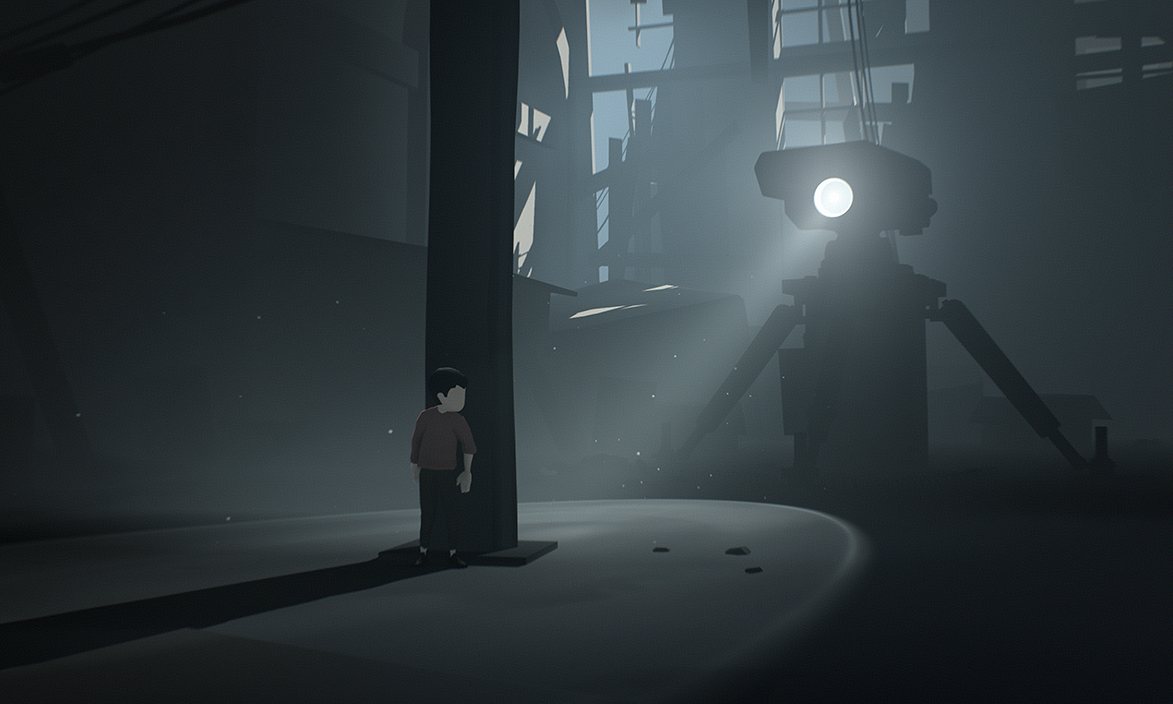 Inside feels more forgiving than its predecessor, which delighted in tricking the player by changing the rules. The puzzles are basically less complicated and only few of them rely on timing. Most tasks are simple but surprising, discernible from a quick look around. Facing a new kinds of objects usually requires to use knowledge with a bit of experimentation, where even all you’ll ever be able to do is jump and grab. Checkpoints are now more forgiving, which means that you get the boost of tension from whatever horrifying death you suffered, without having to go back too far from the last scene.

Due to painstaking design in each new puzzle and the details in the environment, each scenario feels different from the last. Little boy is really pushing through this uncanny world rather than performing predictable tasks in front of a pretty backdrop. Without the distraction of high skill-based challenges, the players are able to give more focus on feeling each step of the boy finding its path of life. All those things he must do to complete his journey force you to confront the realities of humanity, freedom and existence.