World War 1 was one hell of a time and our generation should be happy to experience that through big displays instead of taking a risk of their own lives. That’s the first thing what this great game reminds of.

Getting into the action, this game makes you feel as a brave solder fighting in hot war zone and trying to survive at the same time. But when you stop for a while and take a good look at whole surroundings, suddenly one thing becomes clear – this game is amazingly beautiful. Whole nature looks so natural, you just catch yourself standing and watching how trees fall after bomb or mine explosion. Even the weapons gets dirty while crawling on the ground and only the water can make them shiny again. Need to say that water reflections was outstanding since Battlefield 3 and this one is no exception. Splashes makes your shooting look more effective, especially when spraying bullets into the enemy trying to cross the lake.

Planes doing strafing runs, tanks and armored cars barrelling over hills, squads of soldiers sprinting from building to building with bullets and shells landing all around them. All of this proves that Battlefield 1 is capable of producing the most realistic and exciting first-shooter gaming ever seen. 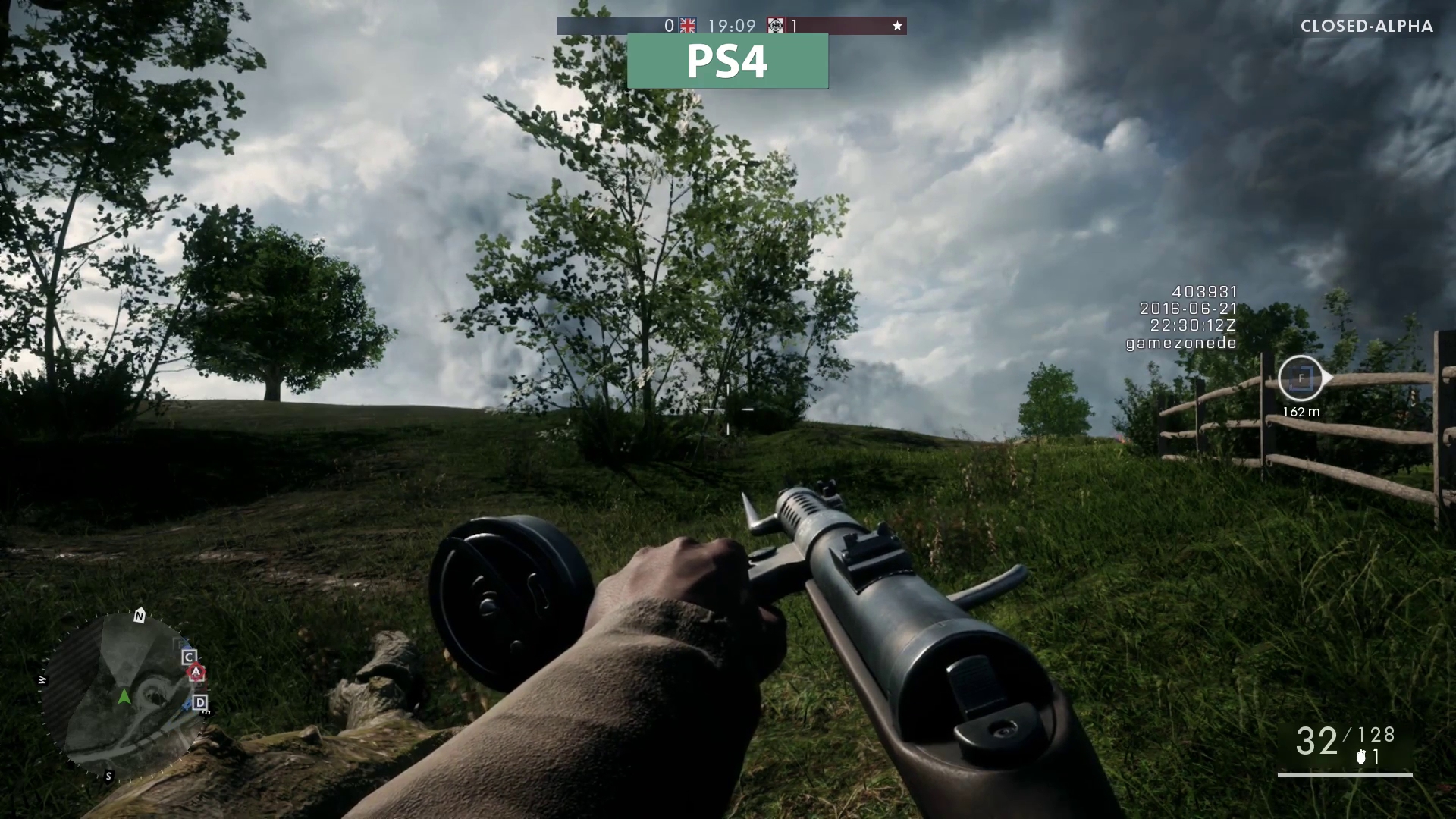 There are many ways to dominate in war field, so lets begin with the available transport.
First thing that really made us smile is a horse. However, being in the middle of the desert you may start feeling thankful even for that.

Now, if you consider yourself a bit slower but accurate solder always looking to blow things up, then tank should be your right choice. Besides, one of your team squad players can also join your ride and be responsible for controlling tank secondary weapon. It often become useful when shooting at the enemy on foot or at the jeeps crossing your way. Need to admit, that most of the tanks are slow, but single and accurate shot solves it all.
Players who prefer a faster ground transport should take that jeep. Even 4 players can fit in! Nice way to quickly jump out and spread in different sides after reaching the capture base. Just watch yourself when driving through open field. By going too fast you may not spot a single ground mine and it can blow you all up in the air.

Talking about the air, players are free to test their pilot skills going into sky battles. In Battlefield 1 you can find some really nice planes with different armory. Taking a first flight you’ll discover a great view with fascinating horizon. It’s also a good way to assess the ground battle situation just by taking a good look at it. Each plane comes with a variety of guns attached. The ones loaded with bullets and intended to attack and defend when needed. But there’s a fighter plane, which is armed with rockets. Need to mention, those rockets are slow (you’re in a World War 1 remember?), but at least they makes lots of damage landing them in the right place at the right time. Trying to hit enemy plane with a rockets can become a real challenge. So we’d suggest to use them in a close range only.
Earlier or later you will be hit. If your damaged plane hasn’t exploded yet, simply jump out of it and don’t forget to use parachute before hitting the ground. 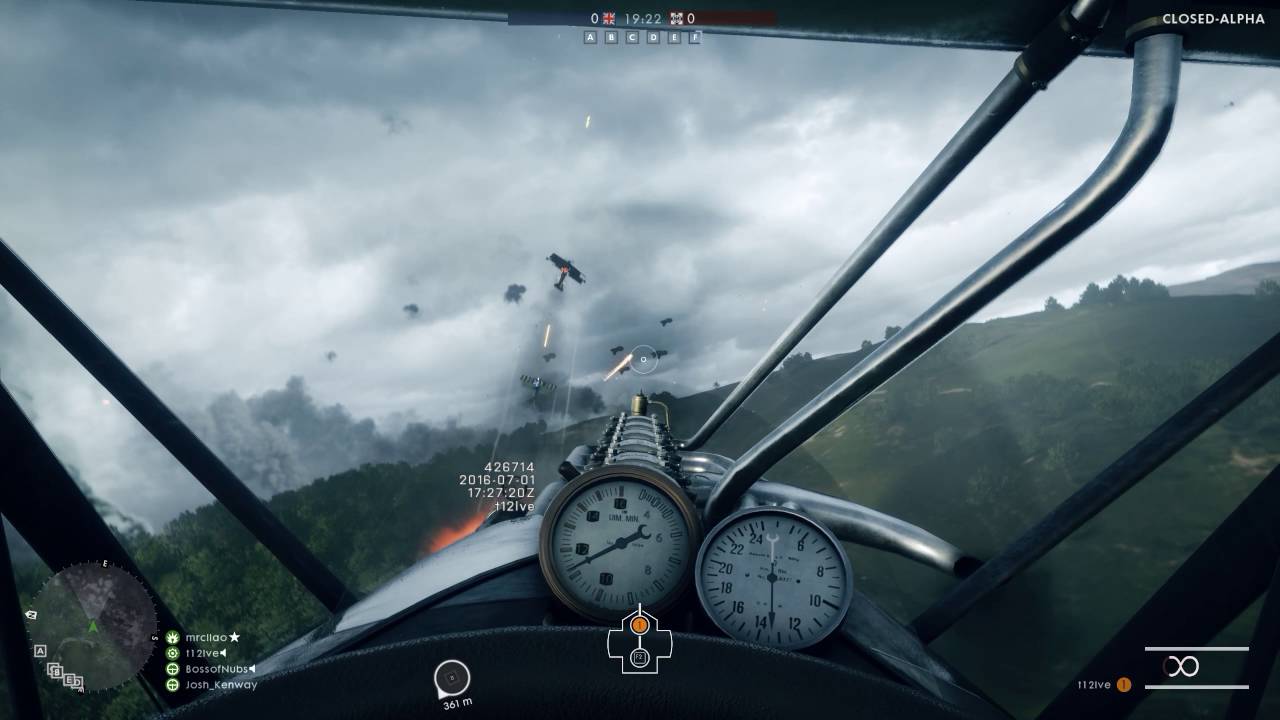 Other and probably no less important part of this game is the weapons. There’s plenty of them and all with unique capabilities suiting each player needs.
You won’t take long to feel that each weapon is very different at shooting, handling and reloading. Your gun control skills usually increases when you need to hold your aim steady at the target while shooting or try not to miss your shoots while moving. Everyone knows that moment when you need to reload but there’s no time for that, because the enemy is too close. During this game development, Electronic Arts thought about that too. Probably that’s why they added a new bayonet charge move which is hard to pull off and horribly violent when you use it. Sprinting in the direction of your enemy a press of the melee button puts you into a charge to make contact with your enemy and you’ll put them down with a nasty stab to the guts. At first, it doesn’t look nice, but certainly effective.

Being on the horse you quickly realize that you can swing the sword and use other weapons while riding. Turns out that sword can be very useful for stabbing the enemy as passing through them.

Going further we’d like to exclude high firepower weapons, just the ones we think that must be mentioned.
One of the most powerful guns that can be carried is a Minigun. It comes with 1,000 bullets. Isn’t that awesome? Gun itself loads up with 200 bullets per round. The enemy can feel bored of hiding before your bullets runs out. However, it’s not so good for a long distance shot. That’s where the sniper weapons comes in. Mauser 1918 Gewehr will surely take care of any long rage. Indeed it was made as anti-tank weapon, but fits for all moving objects. Just imagine how fun it is to disable moving jeep with a single shot and take out the enemies who don’t have a clue where is that shoots coming from.

Those who prefer to take an action defending the base, should try Madsen MG. Weapon with the magazine at the top, which is surprisingly steady, accurate and easy to handle.
Shotgun does his job when you step into enemy base and try to clear the way in a short or middle distance. Every single shot puts enemy down without even giving a chance. Reload might take some time and it usually requires to catch the right moment. 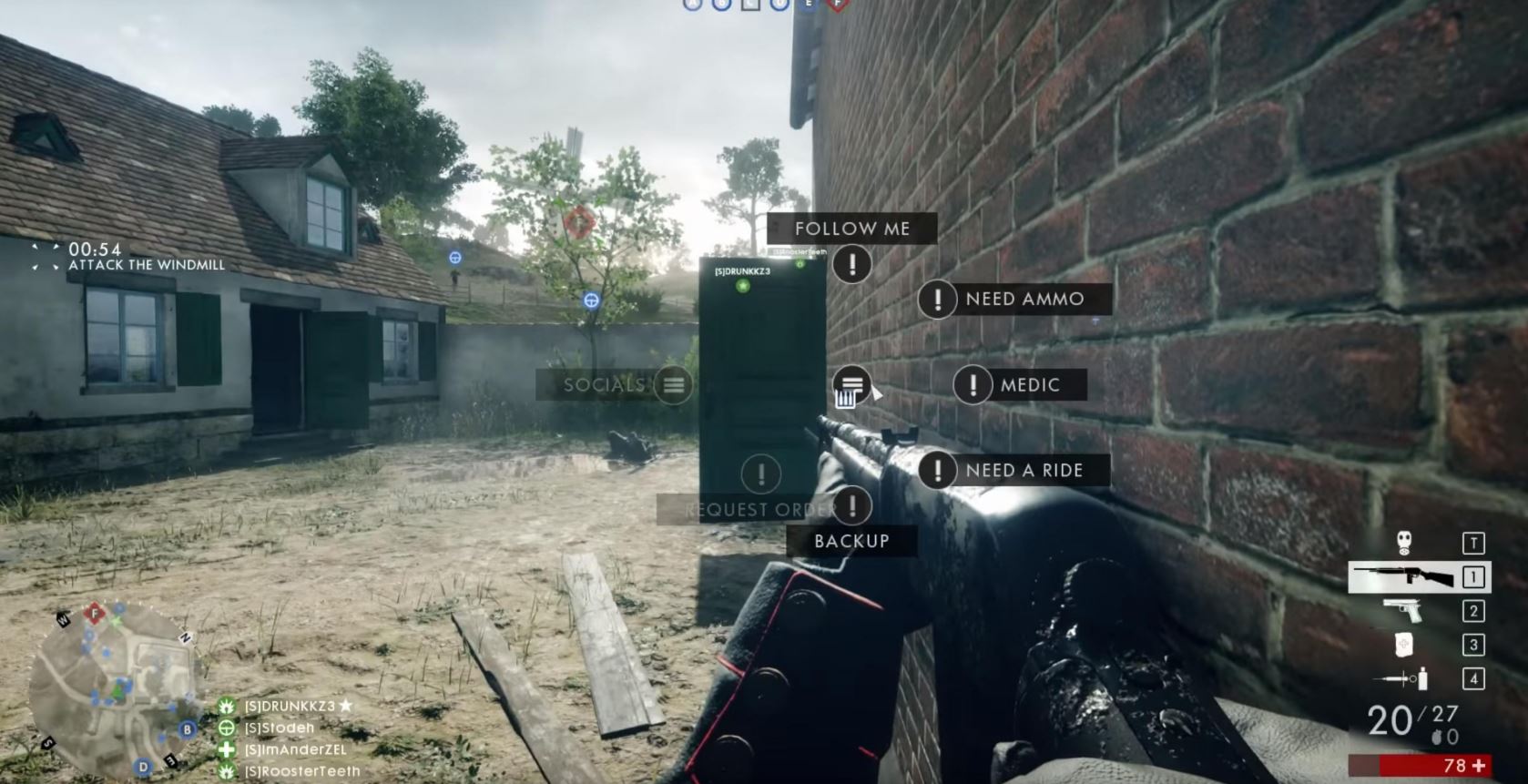 And of course the flamethrower. Fire up the enemy to hear loud scream in pain. No doubt this weapon attracts the attention and you might be shot in no time. But there’s so much fun putting other solders on fire and leaving them burn. They can run, but the flames doesn’t stop for some time and makes them lose lots of health in the best scenario.

Here’s our final thoughts about this awesome classical game.
Battlefield 1 has many things to discover and it’s simply impossible to fit all the greatest moments in a single review.
It looks incredible, it’s exceptionally exciting and immersive, and it appears to be deeper and bigger than any of the previous games in the hugely popular Battlefield series. It’s going to be released on October 21 and we just can’t wait for it!

To find out more, please check out our photo and video sections.