Apex Legends is one of the best ranked battle royale game which after completing short training drags you straight into the action. It was launched for PS4, Xbox One and PC on 2019 February 4 without any big announcements but shortly this game came to the top. So lets take a look why this exact game succeeded between so many royale games on the market.

Apex Legends first release was called “Season 1” while later each further main update was marked as the next season. At launch, first shooter game included 8 characters with different abilities (we’ll get into the details about each of them in other posts) and one huge map which only included a team-based mode where 20 groups of 3 players was fighting against each other.

Since basic gameplay hasn’t changed till this day, we can now take a full picture view how it all goes.
Before match, each player has to choose one of the characters where each comes with specific abilities that serves important roles during the team play. Match starts when teams are free to jump of the plane flying above the island. All players hits the ground having nothing so they have to scramble to gather up body shields, weapons and items to use against other teams they encounter until only one team survives. 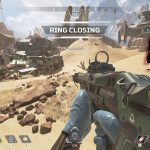 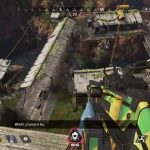 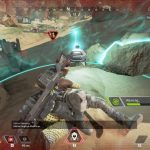 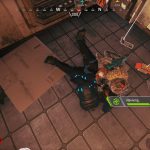 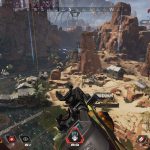 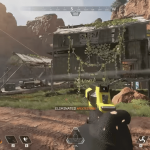 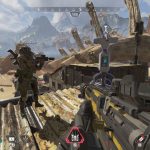 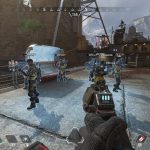 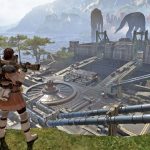 Teamwork is this gameplay main focus, since no character is exceptionally powerful and no abilities are useful in all kind of situations. But you’re not alone and a have a specific role that complements teammates as you play. This reveals a new side of battle royale that hasn’t been explored before.

In most battle royale games there are a lot of moving parts you can find during the gameplay, for example: weapons, ammo, gun attachments, body shields, healing items and more. It requires lots of time to combine those items in the right order by digging in your inventory. Unlike other similar games, Apex Legends streamlines all of that with user interface tweaks making it possible to instantly identify the items you need and ignore the ones you don’t.
For instance, the ammo types are color-coded with the guns that use them, so if you picked the wrong ammo it’ll be brightly shown as mismatching item in simply oriented inventory. Attachments automatically join with guns they fit and swap to appropriate new guns when you pick them up, while weapon upgrades that doesn’t fit are just dropped.

Another remarkable feature in Apex Legends is its extremely robust “ping” system, which lets you create a marker on your teammates screens with a single press of the button. Ping system is super accurate at aiming and smart in naming any item you get your pointer on which identifies the object and its location to teammates on the map. Pinging on the items in your menu lets you call for things you need while pinging on the ground marks places you want to go or identify spots other players have passed through. But most importantly, players can use pings to mark enemy locations and prepare attacking or defensive tactics. In Apex Legends this system is so well-implemented that it can fully replace voice communication with your team. In fact, the accuracy of a ping on the screen often becomes much better solution at helping you quickly report information than talking. Especially when you need to act quickly in some situations.

If you’ve been hit and dropped by the enemy during the gun fight, best bet is to crawl towards your teammates hopping they’ll pick you up. In worst case scenarios, if you finally got knocked out of the match, teammates has a chance to recover your banner. If they bring your banner to single-use Respawn Beacons on the map then you respawn back into the game all empty as it just started. Smarter teammates ping on the most valuable nearest items, so you can gather body shield, weapons and other stuff much quicker than looking for them by yourself. Another great thing that your match friends can do for you is to leave your death box as it is and protect it from enemy, so none of the items will be stolen and you can pick back up all the belongings as nothing happened.

In most of the cases this game requires to risk everything to save your squad. That kind of situations and whole in-game revival system just makes teammates more engaged with each other.

During each new season release another character is revealed with its unique abilities bringing some changes for whole gameplay. Apex Legends made a tale about each character so players can get to know them better and become more involved into this story.

What makes this game even more interesting is that developers regularly comes up with slight changes where part of them you can hardly feel. We are talking about better accuracy or bigger damage for specific weapons, longer shooting range, increased body shield resistance and so on.
Every time introducing new season release, Apex Legends also brings new island map making it stay between earlier ones for more gameplay variety. Releasing the latest two seasons game developers decided to make changes on live maps partly modifying environment in couple sections.

Earlier in this article we mentioned that Apex Legends is 3 players team-based game where 20 groups are competing against each other. But not long ago another major upgrade was made for game modes bringing “Duos” option which divides players by 2 into 30 teams. And there’s a 3 player squad “Ranked” mode making your rank go up or down depending on collected match points. Just keep in mind if you leave a match before your squad gets eliminated, you’ll get 10 minutes wait penalty to join the next match.

Last thing we need to mention is Apex Legends global online tournaments where players divided into teams can compete among each other straight from their home. First place winners gets stunning rewards starting from $50K and going up to events carrying a total prize pool of $3 million. Can you believe it?!

There are lots of battle royale games on the market but teammates recovery options, easy inventory use and ping on items or enemy makes whole action start faster. All these many great ideas and tremendous attention to details made Apex Legends a new big shining star in this genre.